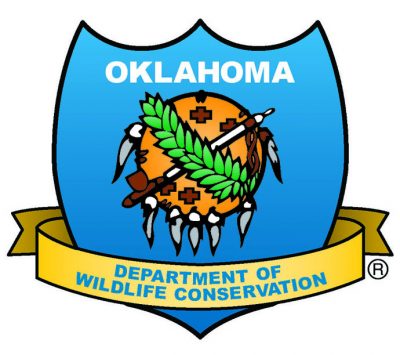 We manage and protect fish and wildlife, along with their habitats, while also growing our community of hunters and anglers, partnering with those who love the outdoors, and fostering stewardship with those who care for the land.

WHO WE ARE: The Oklahoma Department of Wildlife Conservation (ODWC) with its 350 employees are responsible for managing Oklahoma’s fish and wildlife resources and habitat.

WHAT WE BELIEVE: The state’s fish and wildlife belong to all Oklahomans and should be managed so their populations will be sustained forever.

HOW WE ARE FUNDED: ODWC does not receive general state tax appropriations. License sales and federal Wildlife and Sportfish Restoration Program grant revenues are the main funding sources. Every license dollar spent by sportsmen in Oklahoma is used to fund ODWC’s user pay/public benefit conservation efforts.

Who Pays for Wildlife in Oklahoma?

The agency receives no general tax revenues. For more information check out the Department’s annual report.

The Department has an annual budget of about $61.5 million. The agency receives no general tax revenues. The bulk of Department income is generated from the sale of annual hunting and fishing licenses.

Game and Fish Department Established
In 1909, the Association presented the second state legislature with a bill asking for the governor to appoint a state game warden and authorize the warden to hire eight salaried employees. The law was adopted and the Game and Fish Department was created. The first hunting license came into being with the fee set at $1.25.

Four years later the Department disbanded and the $94,000 accumulated from hunting license sales was put into the state capitol building fund. State sportsmen protested until finally the Department was reestablished in 1915. The first state hatchery was built at Medicine Park after the Department received $70,000 in appropriations.

In 1917, the legislature returned the Department’s $94,000, specifying that the funds be used for developing game preserves and building fish hatcheries.

The 1925 Legislature established the Oklahoma Game and Fish Commission largely through the encouragement of the
Oklahoma Division of the Isaac Walton League of America. The first fishing licenses were issued the same year and for the first time Oklahoma also protected its furbearing mammals.

Expansion During ’30s and ’40s
The 1930s and early ’40s brought refinement to the game management techniques in Oklahoma. Efforts to stock ring-necked pheasants, initiated in the ’20s, became fruitful in the 1930s. Bobwhite quail management was also emphasized. In 1943, changes in the authority delegated to various personnel made the state game warden duties comparable to those of a modern Department director. The Game and Fish Department’s first monthly magazine, Oklahoma Game and Fish News, was born in 1945.

During this time the state capitol building housed the Department. The Department suffered from a lack of space until 1942 when it moved to the first floor. Meanwhile, fisheries personnel conducted research in basement rooms at the capitol.

In 1947, the state Game and Fish Warden title was changed to Director. The establishment of a single office in Oklahoma City centralized and strengthened the enforcement of the state game statutes.

The first pheasant season opened in 1948 with free permits issued for certain northwestern counties. At least one dream of early Oklahoma wildlife biologists had finally become a reality after 22 years of effort with the oriental import.

The game and fish statutes were updated in 1949, with fees for fishing and hunting licenses rising to $2, or $3.50 for a combination license.

Early Efforts Begin to Show Results
In 1960, efforts began for establishing several exotic bird species in the state, and the first fall turkey season was held. Two years later the first elk hunt was held and 42 elk were harvested.

The 1960s saw the Department striving to provide the state’s sportsmen with quality outdoor recreation. A significant trout stocking program began in 1964; mule deer from Colorado were released in the Glass Hills and the first spring turkey season was opened. The Department moved into its own building in 1966, the same year the first antelope season in state history was held.

The Department first offered hunter safety programs in 1965. Initially offered on a voluntary basis, the course became
mandatory in 1987 for all persons born after Jan. 1, 1972.

The ’60s and ’70s saw various hunting seasons expanded, a stabilized deer herd and new fish species introduced such as the striped bass. The recreational opportunities for anglers and hunters were growing.

Great strides were made in the ’80s. The trout stocking program was expanded; saugeye and giant Canada geese
establishment programs were initiated. Three new programs — Conservation Education, Aquatic Resources Education and Nongame Wildlife — were created. In addition, hunters saw the deer harvest jump from about 14,000 in 1980 to more than 70,000 in 1997, expansion of controlled hunts and the first statewide turkey season. Three major wildlife management areas were purchased, adding 52,500 acres to Department-managed lands.

Manages the state’s wildlife resources, provides public access for hunting and other uses through Wildlife Management Areas, assists with protection and recovery of threatened and endangered species and assists private landowners.

Looking to the Future

Early Oklahoma conservationists fought to save the last remnants of the state’s game animals and fish for future generations. The men who formulated Oklahoma’s modern wildlife conservation practices in the ’40s and ’50s, emphasized the wise use of our outdoor resources. They built a tradition, a tradition based on providing variety and quality in state hunting and fishing. The Department has retained this tradition it will continue to clearly demonstrate this by building for the future a healthy environment where nature can survive in harmony with the needs of modern man.